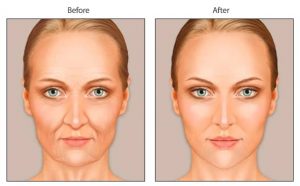 Fat grafting is a surgical procedure bordering on the cosmetic side of things and it involves shifting fat from one part of the body to another. It is also referred to as fat transfer, fat injection and lipomodelling. It is now emerging as a new reconstructive technique. The procedure is carried out by removing unwanted fat tissue from an area of the body (usually your thighs, abdomen, or buttocks). The fat tissue removed will be treated depending on the cosmetic surgeon and then injected into the area which needs to be reconstructed. This way the areas such as breasts or face can be smoothened and the fullness can be increased. The principal advantage of this procedure is the person’s own fat is used to cover up the irregularities and grooves. Over the years, fat grafting has been emerged as a well-established technique that has become a predictable procedure.

In the breast area, fat grafting is usually performed as an adjunct after a breast lift or correction of tubular breast and in breast augmentation if the patientis not a candidate for an implant.Fat grafting is also used for breast reconstruction after cancer surgery on breast.

Fat grafting is also done in the buttock area where a large volume of fat is transferred and grafted into the buttocks area in people who are wanting the hour glass figure.

Most commonly fat grafting is used in the face for reversing the affects of ageing.

Who qualifies for the procedure?

Any person who understands the limitation of fat grafting like in some case patient may need 2or3  sessions.

Person who is not cachexic.

Not suffering from any connective tissue disorders

How the procedure is performed?

The procedure is generally performed by administering local anesthesia to the donor area and the area to be treated and in some case general anesthesia is considered.  The choice of anesthesia depends on the health condition of the patient.

The fat required for grafting is obtained through small incisions or cuts made in the skin about 3 to 5 mm.  A thin tube is inserted to suck out small amounts of fat tissue similar to liposuction.  The incisions thus made are closed with stitches and small dressing is placed over the incisions for faster healing.

There are different methods of preparing the fat

Method would depend on the surgeon’s preferrence

That fat is then injected into the treatment area using a cnaula.. In order to make sure even distribution of the fat, minute amount of fat is injected so that the injected fat is well surrounded by healthy fat tissue.  This way it can be made sure that the grafted fat remains in contact with the surrounding healthy fat tissues that must supply it with oxygen and nutrients.The fat is injected through tiny holes in the skin.

The time taken for the procedure will  depend on the area to be treated.  It can be performed either in an inpatient or outpatient hospital setting depending on the health condition of the patient.  During the procedure you won’t feel any pain, but there may be a mild pain in the treated area for a week .  You may be advised to take painkillers .

You should arrange someone to drive you back home after the procedure.  You can resume driving when you feel no discomfort .  There could be some bruises and swelling in the treated area for a few weeks post the procedure.  It won’t be a bad idea to take a couple of weeks off from your work.  It may take about six months for  fat grafting to take full effect .

Fat grafting procedure has advantages in more ways than one.  Some of them are the following:

For enquiries related to Fat Grafting, send a message to www.PinkAppleAesthetics.com/contact